This is a joint communication to members from the following six unions: the Nova Scotia Government and General Employees Union; the Nova Scotia Nurses Union, the Canadian Union of Public Employees, the Ontario Public Service Employees Union/Syndicat des employés de la fonction publique de l’Ontario, SEIU Healthcare and the Ontario Nurses Association. Together our six unions represent more than 1600 active members of the VON Canada Pension Plan (the Plan) in two different provinces. We are united in a common cause to ensure that VON Canada lives up to the important pension promises it has made to our members.

In 2006, VON unilaterally imposed a major cut to retirement benefits under the Plan. The basic rate at which members earn benefits was slashed by about one-third. This cut is still in place and hardworking VON employees are not earning pension benefits nearly as fast as they should. Our pension benefits continue to lag behind other public sector and healthcare plans.

In 2010, the Plan faced a deficit and the employer wanted to secure a relaxation of its annual pension funding obligations that had been offered by the Ontario government (the Plan has members in various provinces but is regulated by Ontario’s pension laws). At the time, VON told members that “to remain a viable organization, VON must use the new temporary measures.” However, to be able to access this funding relief, the government required Plan members’ consent in recognition that a relaxation of pension funding rules increases the risks to plan members’ benefit security. A negotiation took place and an agreement was reached: in exchange for member consent, VON agreed (in writing) to reinstate benefits back to their pre-2006 levels when the Plan had returned to surplus and met certain actuarial conditions.

With this promise made, Plan members gave their consent and VON was able to reduce its annual contributions to the pension Plan for a temporary period. VON clearly believed that without this relief, the financial viability of VON itself would have been in question.

Since that time, Plan health has been improving. Plan members have been paying our side of the pension deal. We have continued to trade our labour (even through a pandemic) on the understanding that the employer would make good on its side of this deal.

The funding levels in the Plan have now reached the threshold at which a restoration of benefits is required. We are waiting for VON to respond to the Unions’ demand that they comply with the 2010 MOU. Should VON refuse to restore benefits, our Unions will file grievances against the employer.

The Employer’s proposed amendments to the Pension Plan

Unfortunately, VON’s focus to-date has not been on restoring benefits as they promised to do. The employer has instead sought to register amendments to the Plan that would allow VON to contribute even less than the Plan rules currently require, with an effective date of January 1, 2006 in order to retroactively authorize their practice of under-contributing since that date. The Unions have only recently been made aware that VON has not complied with its contribution requirements in the Plan rules for these many years.

The Unions are challenging the Amendments before the pension regulator in Ontario (FSRA) and are also seeking in that same forum payment in full of all past contributions that were not paid to the Plan by VON. The six Unions have also filed grievances at many sites at the Local level in two provinces on this same issue. These grievances have been placed into abeyance pending the outcome of our FSRA complaint.

We are profoundly disappointed that VON is trying to implement rule changes to justify their systematic under-contribution to the pension Plan over many years. VON should be doing what they promised to do in 2010: restoring pension benefits back to where they were before the employer unilaterally cut them by 1/3 in 2006. VON workers stepped up and effectively saved this employer in 2010. VON workers stepped up and have continued to do incredibly important frontline work throughout the pandemic. It is time for VON to step up and make good on their promise. Restore our members’ pension benefits!

Our coalition of six unions will continue working together to ensure that VON puts Plan members first. 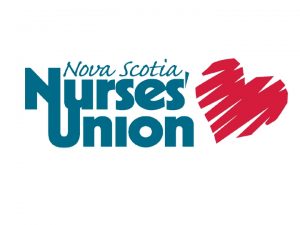 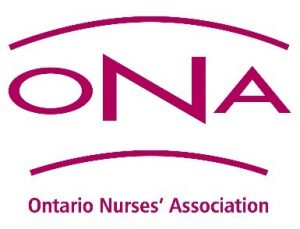